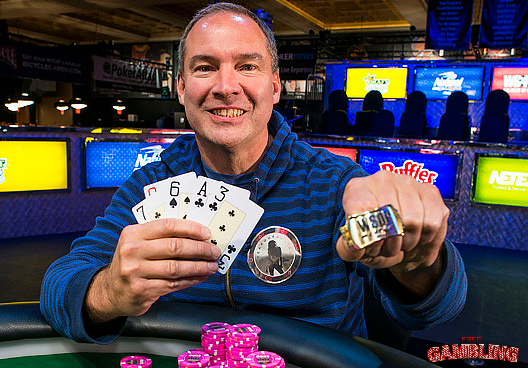 Ted Forrest, an accomplished American professional in poker games, has so much about him to write. From winning 3 bracelets at the 1993 World Series of Poker (WSOP) Tournaments to winning 2 bracelets in the World Series of Poker tournament of 2004 to winning a title at the Professional Poker Tourthe cash game player is world renowned for his playing skills. He was born on September 24, 1964 in Syracuse, NY nut now lives in Las Vegas, NV where he plays among the best professionals at the Bellagio. Ted Forrest is widely known as a big time cash gambler who was a forerunner in the consortium of poker players that pooled their cash together for the purpose of playing billionaire Andy Beal in High Limit, Texas Hold’em, Heads-Up games.

Nicknamed Professor Backwards, Ted Forrest has been in this awesome profession for more than 20 years. Many regard Ted Forrest as one of the world’s best stud players. Since winning a double at the 2004 World Series of Poker games, he turned his attention to Hold’em from Seven Card Stud thereby achieving great success that includes making five final tables on the World Poker Tour (WPT). Forrest has incredible skills in playing poker, which is why he is able to back many professional players than any other person.

Shortly after Forrest started his career as a prop player, he experienced some difficulties in winning $33 of his $100 capital but was later able to make $166. He decided to take the job of a dealer in order to read the game properly. His ability to study the game & players is attributable to his time in the box. Later, Forrest relinquished his job to return to school but the death of his father resulted to him dropping out of the Le Moyne College in his final semester. A year later, he decided to relocate to Las Vegas to resuscitate his career as a card player.